Rewarding trek to the Cross of Juanar (Cruz de Juanar) 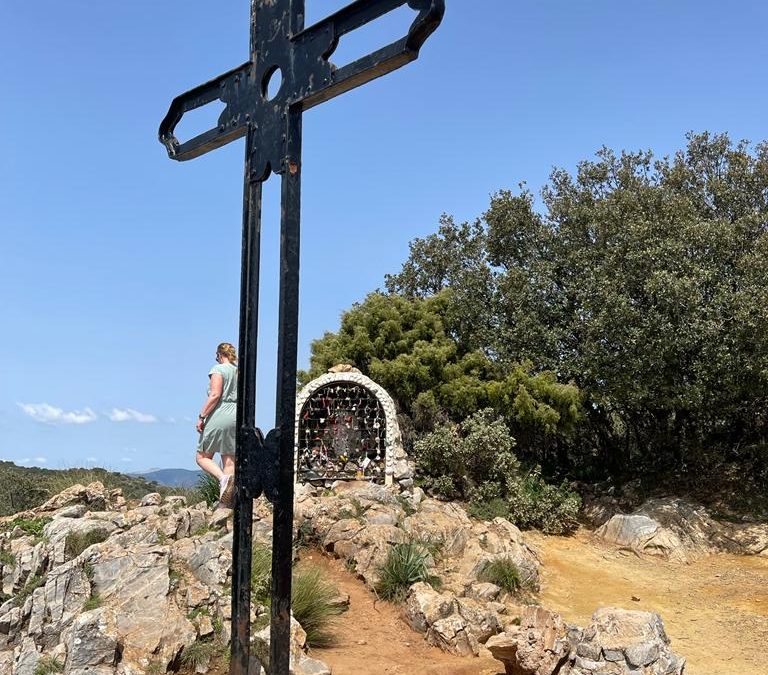 On Good Friday we set off to discover one of the most popular walking trails to the Cross of Juanar (Cruz de Juanar).

The summit is 1190 metres above sea level and it is alongside the equally spectacular mountain of La Concha, both behind the city of behind Marbella.

The walk itself is just over 13kms (up and down) and took us just over five hours in total with a stop for a picnic lunch on the way!

The walk/climb to the top of the Cruz de Juanar It is not quite so difficult as the climb/trek of La Concha but has very similar views and is described as moderate/medium level walk. 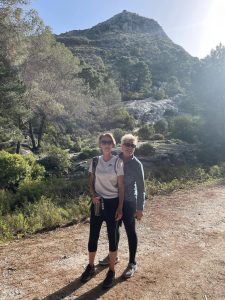 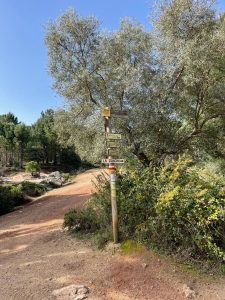 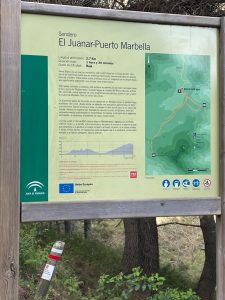 From the top in all directions, you can see:

To the south: the Mediterranean Sea, the coasts of Africa, and at night, the lights of Ceuta and its lighthouse.  Marbella, Estepona, Fuengirola…

To the west: La Concha and the Rock of Gibraltar…

And finally, to the east: the Tajo Negro, the Mijas mountain range and its firewall, the Maroma, in the background the Veleta and the Mulhacén de Sierra Nevada…

The legend is that the iron cross was put high up on the summit by sailors back in the 18th  century.  They had almost been shipwrecked off the coast of Marbella and they vowed that if they were to be saved, they would climb the first mountain they arrived at and place a cross to thank the Lord that they had been rescued.

The Cruz de Juanar even to this day is still a holy place – Every 3rd  May the pilgrimage to the cross is made and a special mass is celebrated.

Why not try it?

If you wish to do this walk/climb yourself I can highly recommend it, it is well signposted and like us you will no doubt meet groups of walkers and families enjoying the hike and views too. 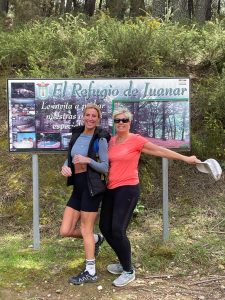 I would certainly recommend sturdy footwear, a hat and taking refreshments.  It is quite steep towards the top so not recommend for the very young children or to take buggies or strollers.  Also, I would set off as early as possible to avoid the midday heat. 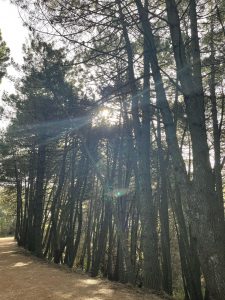 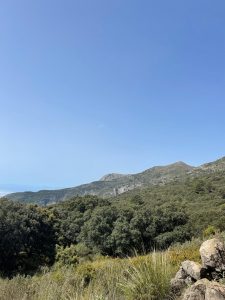 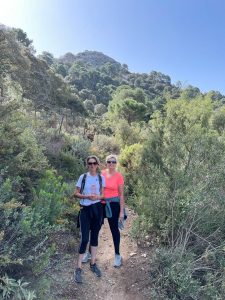 It was certainly well worth the effort; the rewards were unrivalled views over Marbella and the Costs de Sol coastline plus the mountains that make this region so popular with those who love the hills and countryside.  The journey magnificent too through olive groves and fresh smelling pine woods. 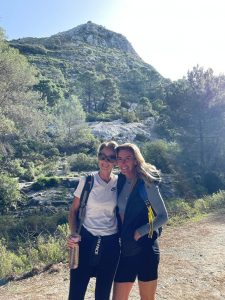 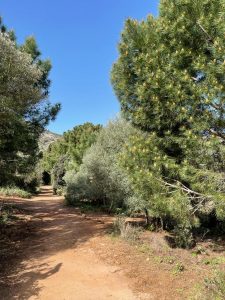